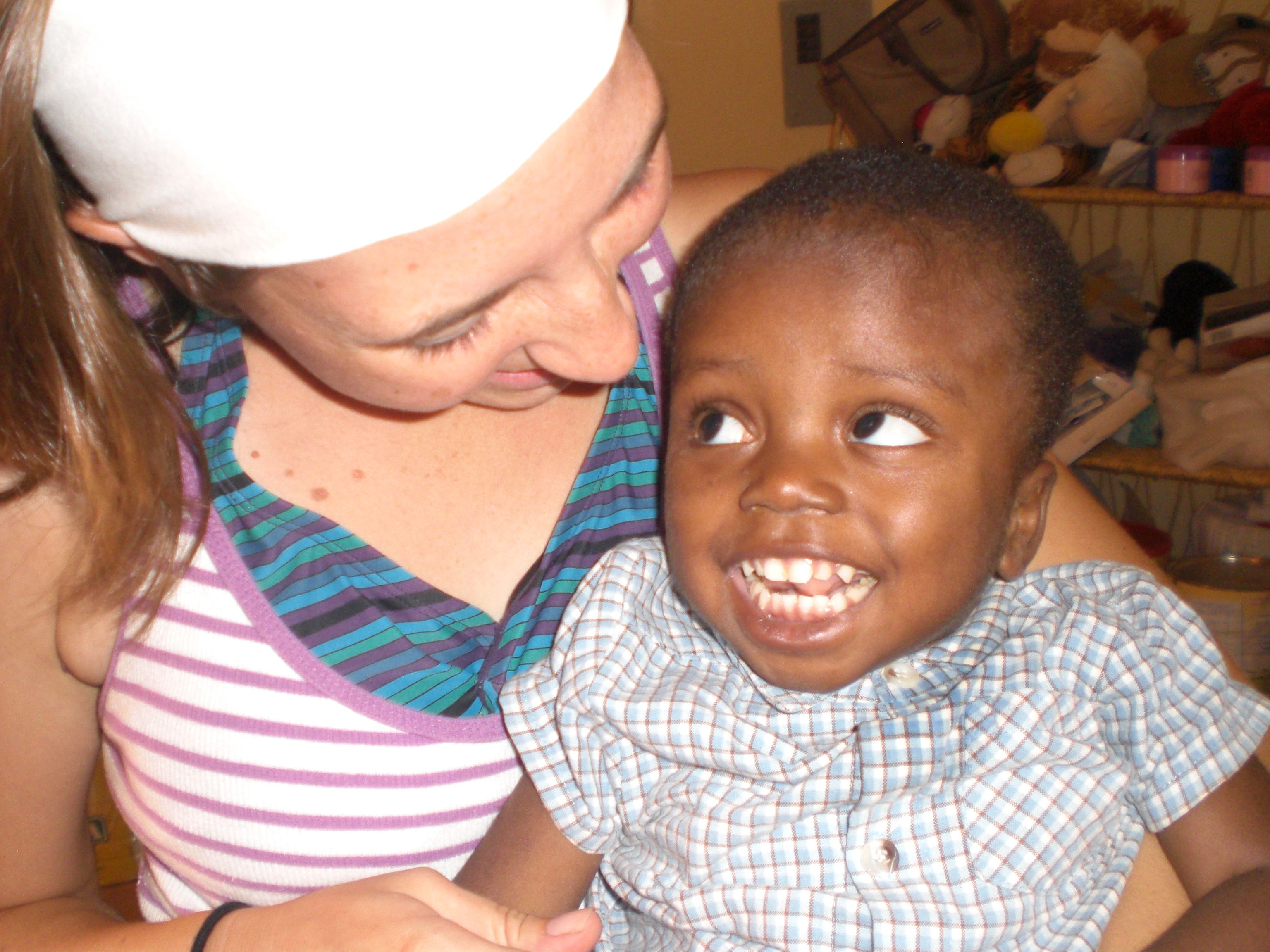 I’m in Haiti, and have so many things to say, I don’t know what to tell you first.

At the Miami airport, I witnessed a woman in a full-length denim jumpsuit with a zipper from the crotch to the throat.

I suppose that’s a good place to start.

My sister Sarah speaks Haitian Creole.  I knew that she had learned the language since she moved here, but it’s a different thing to actually hear her interact with Haitians.  She is so capable, at one point, she explained in Creole to a man named Altime what I do for a living – which I can barely explain to people in English.

Then, in English, she asked Altime, “How are you?”

We heard about a group of people going to a waterfall, so we decided to join them.  We rode in a “canter,” which is basically a small U-Haul with benches in the back, and about 30 of us crowded into the closed box.  The 90-minute drive up the mountain on the pot-holed road was among the most uncomfortable things I have ever survived.  At one point, sweaty and clammy and jostled and car-sick, desperate for a perspective-shift, I thought, “At least it’s not the Holocaust.”

But we arrived at the waterfall, and climbed to the top, and then waded back down, one slick rock at a time.  It was beautiful and lush, and the cold water felt good on our dirty feet.

I met Pierre, Sarah’s precious little friend.  His eyes tick-tock back and forth like a Kewpie doll, and he makes sounds like E.T., and then he looks at Sarah and smiles like this: He is around 2 1/2, they think, and was abandoned by his mother back in September.  Sarah and her roommate Diana took him in until they were able to place him at the Hope House, an orphanage operated by Mission of Hope.  He has something similar to muscular dystrophy, so his limbs are contracted, and the cyst on his brain means that his cognition will never be much beyond what it is right now.

It is impossible to not fall in love with him.

On Saturday night, as I slept peacefully, Sarah and Diana killed a rat in the bedroom.  It involved a PVC pipe and splattering blood.  I never heard a thing.  What champions.

I left a personal storm behind in the States, and while it feels strange to be away during this time, I am thankful for the distance and perspective.  I am also thankful for you, your kind words, and your sweet friendship.