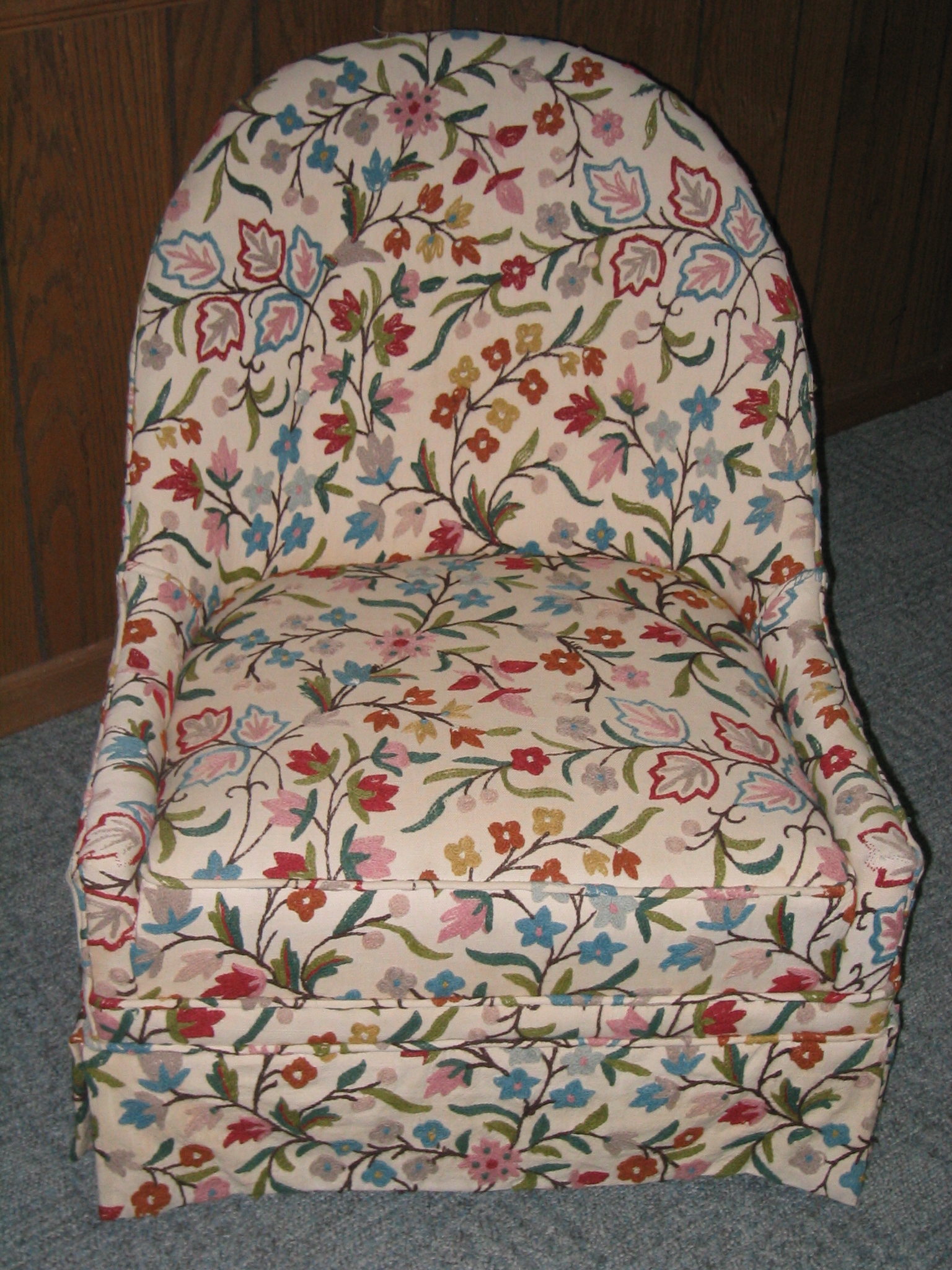 It was love at first sight, really.

I was wandering through a vintage store in Kansas City when it caught my eye. I made a beeline for it, and bought it the same day. It made no sense – because how would I ever get it back to Seattle?

It didn’t matter. I didn’t care. The chair was made for me. That was the spring of 2004, and it wouldn’t be until the summer of 2005 that I would drive nearly 2,000 miles from Seattle to Kansas City in my Honda Accord just to fetch the chair from my parent’s basement where I had left it underneath a sheet. I drove back to the Northwest, and the first thing I did was head to my new apartment building in Wallingford. I muscled the chair up 3 flights of stairs, unlocked the door for the very first time, walked into the empty studio, and set the chair right by the window on the hardwood floor. It was the first and only piece of furniture I owned.

But slowly, my little home began to build around it. The chair became the centerpiece of my décor, the first thing that people would notice when they walked in – then outwardly show their disappointment when I told them it was from the 50s, and that no, they could not find an equivalent. When I eventually decided to leave Seattle for Nashville, the chair was the only piece of furniture I moved with me. I stopped in Kansas City on the way, and carried it to the middle of a field where my sister-in-law snapped what would become somewhat of an icon in my life. I built a new life in Tennessee, and as I moved around, started using the phrase “Home is where the chair is.” And it’s true: each humble place that my chair graced truly felt like home. At the end of 2009, I loaded the chair for yet another move, this time to Denver. From Franklin to Hooker to now Alcott, the chair has traveled with me, and has remained my favorite piece of furniture. I’ve talked about how I want to keep it forever, picturing it in various reading nooks, or maybe a daughter’s room someday. This chair has been woven into the story of my life, and I have never run across another that could compare with how much I love it. But this year, something tragic happened. Blame it on years of use, blame it on age, but the seat of the chair wore through and split open. The threadbare fabric finally gave way, and just disintegrated beyond repair. I tried to pull and stitch. I brainstormed how to reupholster it – but it was no use. This chair was done for.

I fought it for months, the raggedy chair keeping up residence in the living room, guests commenting on how the stuffing was coming out. I didn’t want to get rid of it, and tried to think of any way I could resurrect what had become such an important item to me. But I knew that the day would come.

And that day was today.

I bought a utility knife. I walked into the living room, turned the chair around, and took a blade to it – I felt like Fantine cutting off her hair. When I was through, I had removed the back panel of fabric, the only piece that was still in good condition. This memory, this scrap, is now lying in the living room.

My future brother-in-law Michael carried the half-naked and now-destroyed chair out to the alley and threw it in the dumpster. It’s over. It’s gone.

I have some dreams that have not come true. Like the fabric on the chair, no matter how I’ve tried to pull, the fiber of my life just won’t reach far enough. No matter how I’ve tried to stitch, the threads unravel. If it were up to me, my dreams would come together seamlessly, creating something good and unique and beautiful, something that others would comment on, something that I would love.

Just hours before I cut up my chair, I talked to Greta about the importance of letting certain dreams die, or at least transform. If the dream no longer holds together, if it dissolves despite our best efforts, then maybe it’s time to let it go. If forcing the pieces only tears them further, then maybe it’s time to be open to something new – and to be open to that something new being GOOD, even though it isn’t exactly what we’ve valued in the past.

As I look ahead to a new year, I don’t know what to dream. But I know that it needs to be new.

Tonight, I mourn the loss of my chair. I stare at the panel of fabric that I saved, and wonder what to do from here.

But whatever it is, I have to believe it could be good.