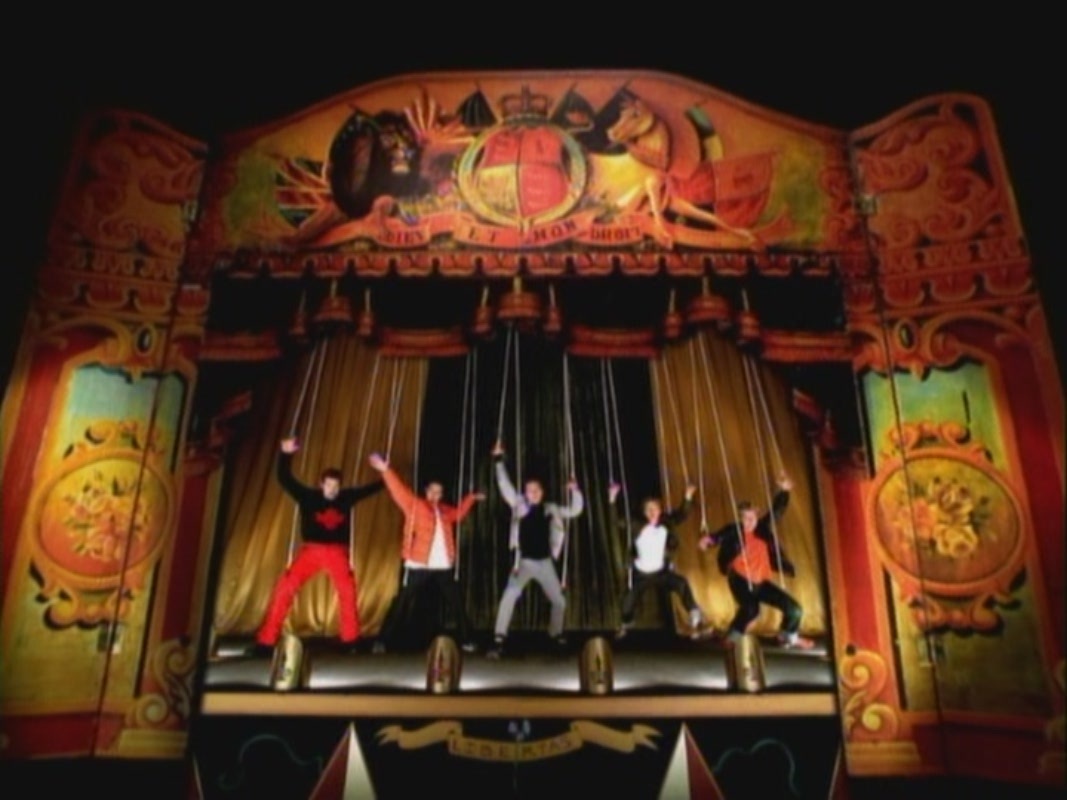 Half a lifetime ago, I was somewhat of a boy band aficionado. My childhood was soaked in New Kids on the Block, but things really picked up speed in the late 90s when we had so many options: Boyz II Men, 98 Degrees, Hanson, Backstreet Boys, and the ultimate, NSYNC.

I was obsessed with NSYNC. I knew every piece of trivia, every nuance to every song (remember when Justin dropped down the shaft and landed in a crouch and then did that chin-lift/smile at the camera and we all dropped dead of love?), and the fact that JC’s last name was pronounced “sha-ZAY.” When I was 17, Laura and I drove 5 hours to Denver for their show at Mile High Stadium, and after the opening acts (Pink and Sisqo), screamed like maniacs along with tens of thousands of other girls. It was their “No Strings Attached” tour – you know the one. The one in which they were lowered to the stage like marionettes? YES. When I went to college and became an adult in the eyes of the law, NSYNC dropped on the list of “things worth losing my mind over.” I realized that I probably wasn’t going to wind up marrying JC. Justin was going solo. Lance had been batting for the other team all along. Besides, at that point there was SO MUCH Shania and Faith and Martina and Dixie Chicks to listen to. I heard about the new groups – O-Town and Westlife and eventually the Jonas Brothers – but really, the boy band era was over for me.

But that phase couldn’t last forever. Because One Direction.

One Direction burst on the scene a few years ago with the kind of hooky, catchy, bubblegum pop appropriate for their fresh-faced, teenage selves. They spun on the beach and played in the waves with their arms spread and bounced a lot. They were babies. And I tuned them out. Sure, I knew their big songs from the radio – but I wasn’t paying attention. I certainly didn’t know any of their names. That was then. But this is now. HARRY ZAYN LOUIS LIAM NIALL.

Say what you will about my musical taste – but about a year ago, I heard “Story of My Life” and thought, “This is surprisingly good.” So I looked up the video, and found them all… adorable. Suddenly I was captivated by these guys – not in a predatory, pedophile kind of way (ew), but just because they’re incredibly likeable. They’re funny. They’re well-spoken. And despite millions of dollars and a mind-boggling level of fame, they’ve somehow managed not to go the way of the Biebs (that is, psycho). I don’t want to marry them – I just want to cook them soup.

I think that what I like most about these guys is that with the exception of Harry (who between his style, charisma, and swagger is obviously Best in Show), I don’t think they were destined to be famous. They have average-to-good voices. They have average-to-good looks. They DO have fantastic hair, every one of them – but if they’d never had a stylist, they’d still look like they did before fame:

But they had a chance at fame and jumped on it. What are the odds?

Recently, in an effort to ignore all of the horrible news in the world, I went on a YouTube binge and watched, um, A LOT of videos of these guys – because if you have a choice between depression and joy, please just choose joy. One Direction is so much better than fear and sadness and terrorism (no one can challenge that statement). Anyway, this “research” led me to some opinions – which I will share here in a bulleted list:

Well, if you’ve made it this far, you’re probably a 14-year old girl and my new best friend.  And if after all this you STILL can’t get behind One Direction, at least watch this cover of “Story of My Life.”

Okay, and fine – also watch this. It’s a nugget of fun: