2015: Everything Changed and I Cried 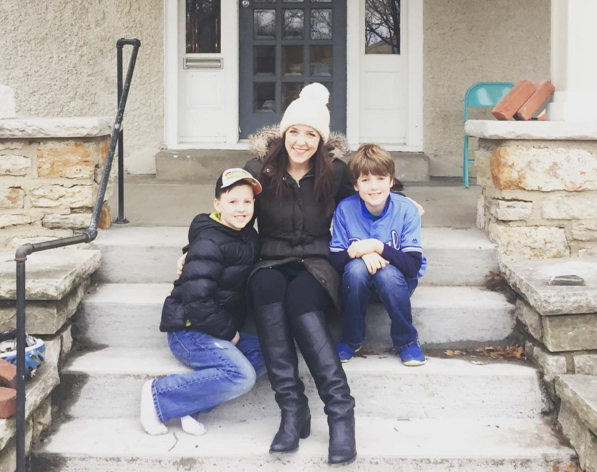 There is no better summation of my 2015 than this: Everything Changed and I Cried.

I should caveat this by saying that right now, in the last days of the year, I am steady and stable and grateful for my life and current situation. It took a little while, but here I am.

But for the last 363 days until now, 2015 has been a doozy. One year ago today, I lived in Denver and had no inkling I was about to turn my entire world upside down with one little job application. Fast forward until now, having made it through five months of an interview process, an eventual job offer, the selling of one house, the purchasing of another, a cross-country move, the beginning of a new job (in a new role with new people and new responsibilities), and all that goes along with “starting over” in a new city, and here I stand, scratching my head and wondering where the year went.

Given that the last 12 months were a blur (I don’t remember the first half of the year at all), I figured I’d take a page from my girl Dani’s book and reflect via a listicle. If you’re a blogger (or even just a journaler), feel free to lift these questions — I found it to be a helpful way to sort out the past year.

1. What did you do in 2015 that you’d never done before?
I sold a house, moved for a job, mowed a lawn, and helped harvest honey on a friend’s farm.

2. Did you keep your New Year’s resolutions, and will you make more for next year?
In the name of self-acceptance, I didn’t make any resolutions at the beginning of 2015. I am now feeling snarky about that concept, and would like to change everything about myself in order to be better, cooler, and prettier in 2016. My goals for the coming year will flow from this place of self-loathing.

3. Did anyone close to you give birth?
Just about everyone, it feels like. Welcome Willa, Arthur, Adelay, Blake, Harriet, Autumn, Jenna, Griffin, Hank, Ramona, and many others! (Theo, Teddy, and Eliza just missed the cut, arriving in late December 2014.)

5. What countries did you visit?
USA all the way.

7. What dates from 2015 will be etched upon your memory, and why?
July 3. I left Colorado and didn’t stop until I got to Minnesota.

8. What was your biggest achievement of this year?
Accepting the fact that people do what makes sense to them, and it’s useless trying to control them. It’s even okay to forgive them.

9. What was your biggest failure?
I let my heart get entangled with someone who didn’t like me as much as I liked him. Such is life. I definitely wouldn’t call it a “failure,” though, since given the option, I think it’s always best to use one’s heart instead of protecting it. #noregrets

10. Did you suffer illness or injury?
I have been consistently dizzy for the past month, experiencing about two bloody noses per week (one of which occurred five minutes after I finished singing “Breath of Heaven” for my mom’s church on Christmas Eve — happy holidays). I am not dehydrated, so the only other option according to WebMD is that I have a fatal disease. Stay tuned!

11. What was the best thing you bought?
A new house, obviously. But I’m also quite fond of my new pom-pom hat.

12. Whose behavior merited celebration?
Kristen, who quit her comfortable life in Denver to take a really difficult but important job in Jackson, Mississippi. Kayla, who went beast mode on her dreams and started a non-profit initiative designed to empower women. Anna Talley, who drove Foxy from Denver to Minneapolis. Becca Groves who, after being 10 days overdue, made it through a 54-hour labor to deliver sweet baby Hattie. Glennon Doyle Melton & friends who took actual action to assist with the refugee crisis. The guys with the eagle.

13. Whose behavior made you appalled and depressed?
Donald Trump.

16. What song will always remind you of 2015?
I wish I had a cooler answer, but “Stay a Little Longer” by the Brothers Osborne.

17. Compared to this time last year, are you: a) happier or sadder? b) thinner or fatter? c) richer or poorer?
Sadder (only slightly). Fatter (only slightly). Poorer (but more money always comes). But I never want to say the sentence “I am sadder, fatter, and poorer than I was last year,” so let’s forget this ever happened, shall we?

18. What do you wish you’d done more of?
Hiking while I lived in Colorado. I did a lot, but it’s never enough — especially now that I live in a less hike-worthy state (but nonetheless pretty and explore-able).

I also wish I had written more.

I also wish I had cooked more actual dinners.

19. What do you wish you’d done less of?
Wasting time on social media.

20. How did you spend Christmas?
I woke up and drank coffee with my mom, then took Foxy on a walk, then read for a while, then ate grilled chicken and salad, then went to see Joy. No presents — that will happen tonight.

21. Did you fall in love?
No, but I suppose I could have if circumstances had been different. Ain’t that always the case.

22. What was your favorite TV program?
Broadchurch. I started watching The Man in the High Castle this week (halfway through the short season), and can’t stop thinking about it.

23. Do you hate anyone now that you didn’t hate this time last year?
Hate’s a very strong word, and I don’t hate anyone. No.

24. What was the best book you read?
My favorite book always tends to be the one I’m currently reading — which right now is All the Light We Cannot See.

25. What was your greatest musical discovery?
Sean McConnell.

26. What did you want and get?
A house with a guest room, a yard, a front porch swing, and a basement.

27. What did you want and not get?
I can’t be trusted to answer this question. I could share an entire Rolodex of the things I wished for, but then Garth Brooks would start singing “Sometimes I thank God for unanswered prayers” and I would be totally pwned.

29. What did you do on your birthday, and how old were you?
I went to work, had a visit from my mom and nephews at the office, and ate salmon and salad for dinner. I am now 33, the same age as Bridget Jones and Jesus.

30. What one thing would have made your year immeasurably more satisfying?
The runner’s booty.

31. How would you describe your personal fashion concept of 2015?
Lazy and generally misguided.

32. What kept you sane?
Long walks and the occasional anti-anxiety pill (honesty is the best policy).

33. What political issue stirred you the most?
Gun control. There is absolutely zero reason why a civilian should have access to an assault rifle.

34. Who did you miss?
My girlfriends from Denver.

35. Who was the best new person you met?
Maia Tarrell.

36. Tell us a valuable life lesson you learned in 2015.
Don’t leave Foxy at a friend’s house with white carpet.

37. Quote a song lyric that sums up your year.
When you see the one you used to love
Beneath the mistletoe
With a girl you’ve never seen before
Who’s dressed just like a ho-ho-ho

All in all, 2015 was an exciting but stressful, transitional year that was a necessary step in order to get to a new chapter — one that I believe was the next right step. I am ready to see what 2016 holds, and I really hope it doesn’t include Donald Trump as president. Kumbaya.