An ode to female friendship 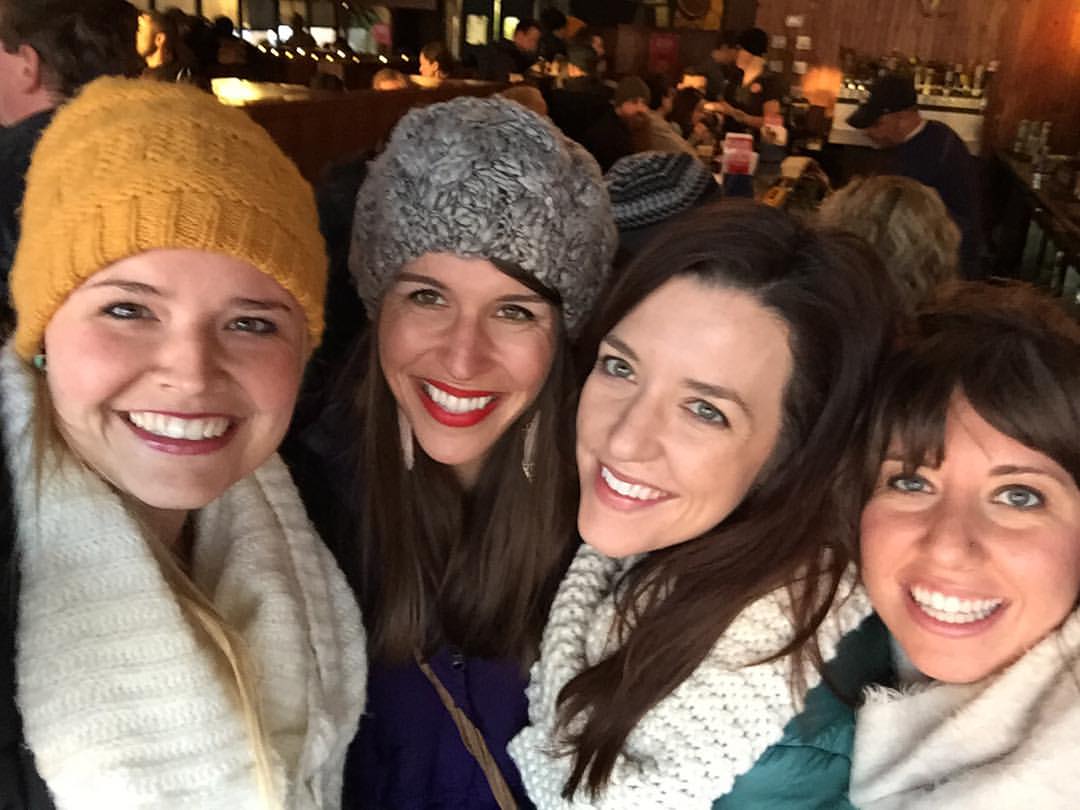 Last weekend, I sat with my friend Becca in a restaurant in the suburbs 30 minutes south of the city. We both had the steak & Gorgonzola salad, and we talked about friendship.

As someone who has lived in four cities in the past eight years, I have met so many people — many of whom I adore with everything in me. For being a severe introvert, I am rich in relationships. It’s probably the best thing about my life. It’s also one of the hardest.

Because for all of the incredible people, apparently we only have room for 150 stable relationships at a time (this is a real thing — it’s called Dunbar’s number); that includes our family, co-workers, friends, everyone. And in a globally-linked world with no shortage of opportunities to “connect,” it’s easy to feel overwhelmed.

Our Facebook feeds are full of people we don’t really know — and yet we have a window to learning all of their kids’ names and where they vacationed last summer, even if we might try to avoid them given a run-in at the hometown Walmart. We can fall down an Instagram rabbit hole and fill our brains with the lives of strangers, their Whole30 meals, their beautiful homes, and their succulent plants. We spy on our favorite celebrities. And pretty soon, our brains are full, like an iceberg with too many penguins. At some point, penguins are going to start falling off. To be eaten by arctic seals.

So despite all of the wonderful people there are to know, Becca and I agreed: There is value in having fewer friendships, but giving those relationships deeper roots.

A few years ago, I broke up with the majority of my guy friends. Some required a conversation, some I just stopped reaching out to and — go figure — they never contacted me again. Today there are a few exceptions (and thank God for these men) — but it turns out a lot of my friendships with guys had been surface-level at best, emotionally manipulative at worst (don’t cry for me, Argentina — I was a willing participant), and the healthiest decision for me was to let them go.

But my girlfriends? I would be sunk without them. In the wise words of Lena Dunham, “I love loving men, but I love knowing women.”

Some I have known nearly forever; I met Sheryl when I wasn’t yet two-years old, and she remains one of the dearest people in my life. I still have a postcard she sent me from Disneyland when we were six. She knew me when I wore a crewneck sweatshirt featuring Beethoven and all of his puppies beneath the Universal Studios logo, and loved me anyway. We were roommates our freshman year in college — the first time we’d lived in the same city since we were in first grade. I was a bridesmaid in her wedding. She came to my grandmother’s funeral.

Some are brand new. Maia and I both moved to Minneapolis last summer and started working together on July 5th; she has been a mainstay for me ever since. She came to Kansas City with me to hang out with my mom. She had Thanksgiving at my house and met my dad. In one game, I transformed her into a Broncos fan; the other day she said, “Twelve more sleeps until the Super Bowl!” I delight in her Australian accent to an annoying degree.

Remember when it felt so special to get a letter in the mail instead of an email? Now it feels special to get an email instead of a Facebook like. Email is the inside scoop. Email is the stuff no one wants to post as a status update. Some of my favorite relationships exist almost solely via email, because real deal friendship isn’t bound by geography. I met Val, Juliette, and Dani years ago on the internet, and while we’ve been in the same room a handful of times, our friendship has flourished via a four-way Gmail chain that I hope never ends; we are currently discussing the specifics of our deep, deep shared love of Hamilton.

Nearly all of my closest friends now have babies. I delight in watching them grow into motherhood, even though I secretly despise their happiness that is probably mostly made up in my head. SARCASM FONT. (But seriously, give me your baby.) I adore their kids and relish every chance I get to visit them. Becca, the one with whom I was eating that steak & Gorgonzola salad, recently invited me over and said, “The kids are sick and I’m not cleaning up the house. That’s because you’re a friend, not a guest.” A few weeks later when I was in Nashville, Mel said the same thing. I love that.

Two weeks ago, my three bests from Denver flew to Minneapolis. They braved a sub-zero weekend (no, seriously, the high was negative 8) just to see my life. We lounged around the house drinking coffee and talking about our feelings every morning (I only cried once), shared a bottle of champagne every afternoon, and ate our way through the city every night. It was a dream. We are all currently in a similar stage of life: not married, hustling in our jobs, budgeting, trying to be healthy (whoops, champagne), and asking the big questions. Kristen, Lacey, and Kayla are the most fun people I know, and they make me feel good about being me, like I’m worth being friends with, or maybe even worth loving.

And when we feel like we’re loved, it’s a lot easier to love. I wish that Dunbar’s Number could be higher, and that we could all invest heavily in every single amazing person who crosses our path. But fewer and deeper is my goal, because less really is more.