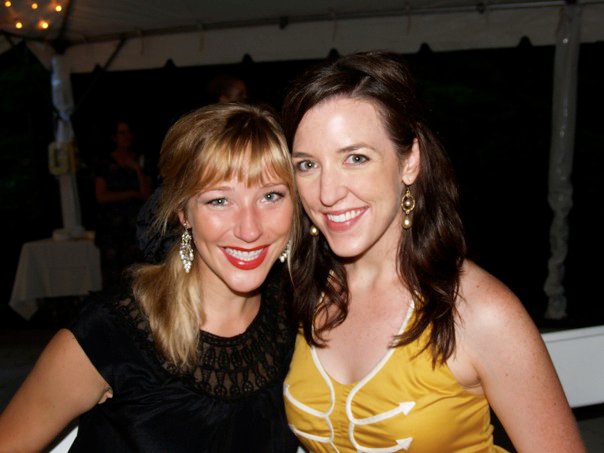 For the inaugural edition of (Bosom) Friend Fridays, the featured friend would need to be sparkling.  Dazzling.  A real Halley’s Comet of a human being.  And when you think of it that way, there is really only one bombshell of a choice: Melissa Moen. When I first met Mel, I was intimidated in that “you are the prettiest person in the world” kind of way.  In fact, a few weeks ago, she went to my place of employment in Nashville to pick something up for me, and I told the cutie at the desk, Pamela, to just wait for the woman that looks like Cate Blanchett.  Pamela knew her right away. I had the joy and privilege of sharing a house with Mel for the entire year of 2009; along with Julie, the three of us made up the JAM House, Nashville’s favorite place for a soirée (the city voted).  I hadn’t had roommates in 5 years, and probably never will again – our time together in that house was THAT special.  Julie and Mel would be an impossible act to follow.

Mel spends at least 97% of her time being enthusiastic, emotive, and excited – her buzz is contagious.  As a relatively calm person (I type in CAPS LOCK much more than I speak it), I found that with Mel around, I squealed about something several times a day, at least.  When she starts speaking dramatically, her hands fly around and her very perfect lips go in all directions.  It’s remarkably adorable.

She can wear running shoes and a t-shirt or a cocktail dress and heels – she looks equally natural in both.  She knows all of the words to every Shania Twain song.  She belongs on Broadway.  She is generous and thoughtful and bold.