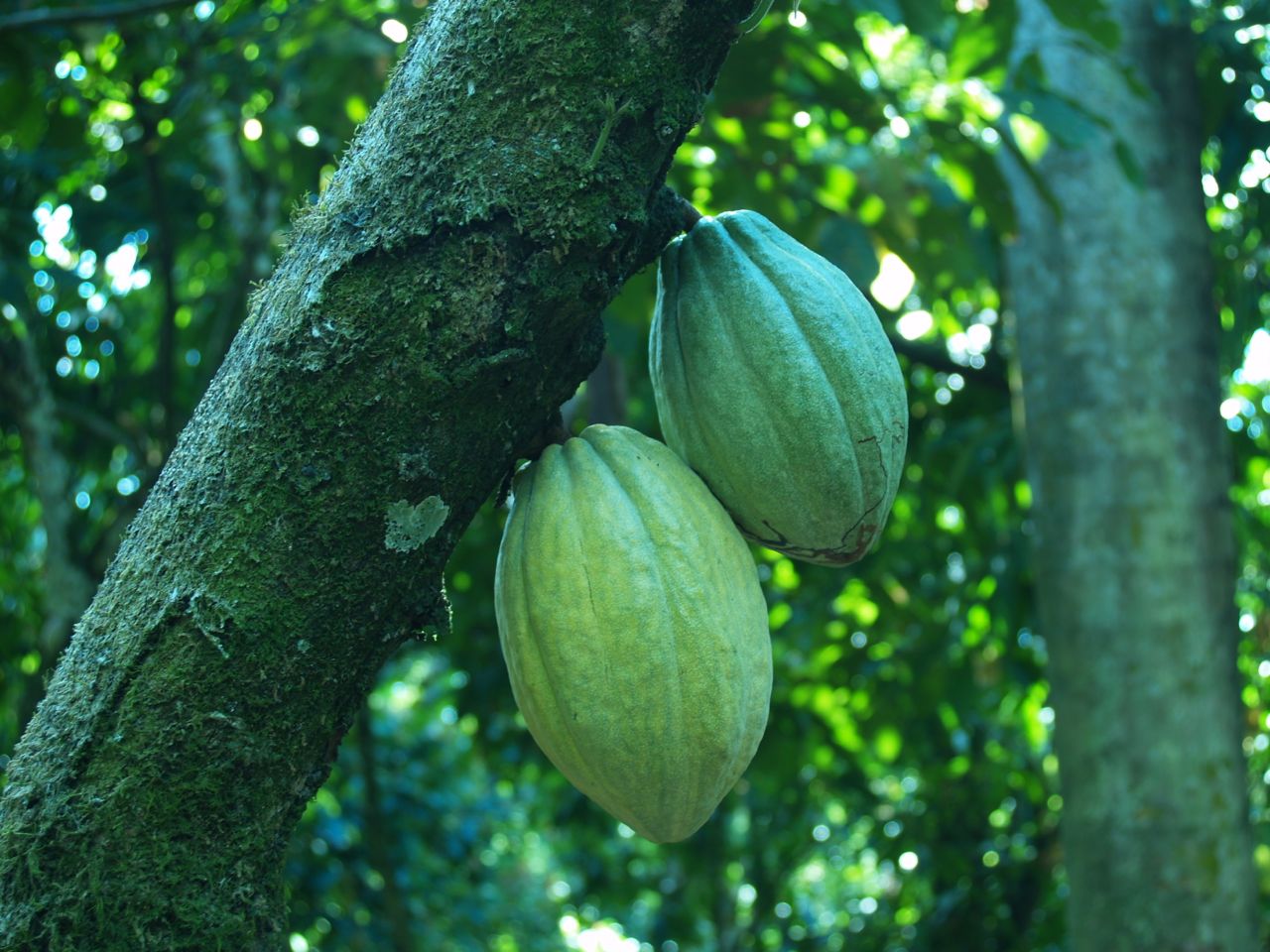 A few months ago, Fair Trade USA invited a few brands that source Fair Trade Certified ingredients, LÄRABAR being one of them, to tour some participating cocoa farms in the Dominican Republic. Naturally, I volunteered myself to go. Not being an incredibly experienced international traveler (prior to this trip, I’d been to Canada, Mexico, England, the Czech Republic, and Haiti), I got vaccinated, haphazardly threw together a carry-on suitcase, and this past Saturday, found myself in Santo Domingo.

The hotel had arranged for a driver to pick me up, and promised he would have my name typed on a sign (life dream come true). When I walked out of the airport, there were the men holding signs, but none of them said “Annie Parsons.” Instead, my eye was drawn toward a man who was wildly waving – waving at me. I walked toward him and he said my name: “Annie Parsons!” Yessssss? “I searched for your picture on Google Images!”

I am very Googleable.

His name was Victor, and his English was pretty good – which I was grateful for since my Spanish these days is very bad. He led me to his car, but before he lifted my suitcase into the trunk, I remembered that my hotel confirmation was buried somewhere in it. So I stopped him: “Un momento – I need to get something from the bottom.”

I wish you could have seen the look on his face. Confusion? Horror? Amusement? Yes to all. And it soon became clear that when I said “from the bottom” he thought I meant a DIFFERENT kind of bottom, which is one of the best misunderstandings of my entire life. Victor and I laughed the whole way to the hotel, because if there’s anything that crosses cultural barriers, it’s butt jokes.

I spent a very full 2 days learning how cocoa is grown and processed, and met some precious people whose livelihood is cocoa farming. I ate empanadas and fried plantains. I sweated – Lord, did I sweat. I issued a personal challenge to myself to translate the chorus of Katy Perry’s “Roar” into Spanish (“Tengo el ojo del tigre…”). And I came away with a deeper appreciation for the Fair Trade movement and what it means to farmers.

Plain and simple, Fair Trade is a model in which fair prices are paid to workers in developing countries. When a product is Fair Trade Certified, it means that it was produced in an ethical manner; environmentally sustainable farming methods are required, and forced child and slave labor are prohibited. In some cases, the product might cost a little more – but that premium is routed back to the community where, by a democratic system, the farmers decide how to invest the funds. For the group of Dominican farmers we met, they’ve chosen over the years to use the money to help them build drying and processing facilities for their cocoa beans. While they used to have to outsource those steps, now they can bypass the middleman and sell their beans at a higher price. In a world of corrupt supply chains, the farmers are often the most easily cheated out of a fair wage – so the Fair Trade premiums help ensure a just income from the bottom (there it is again) up. Now listen, I’m a thrifty girl. What’s the least amount of money I can spend to get the most amount of stuff? Let me tell you, there’s an answer to this question, and it can be found within the walls of Wal-Mart (for shame). I’ve purchased things from Forever XXI (double for shame). When deciding between two products that serve basically the same purpose, I’ll generally choose the less expensive. I love a good deal, and historically, I’ve sought it out.

But my insistence to pay the cheapest price very well might be at the expense of someone else’s living wage, or even their freedom. I live in America, which automatically makes me one of the richest people in the world. I, like most of you, have some level of expendable income, and I get to choose how to spend those dollars each month: do I want to go out to eat? Go shopping? Splurge on foundation at Sephora? I can blow through money faster than you can say “Mas cosas, por favor!”

Admittedly, global economics is a bit out of my wheelhouse, and I know that poverty is a humongous and complicated issue. But here’s what I think. We have money, and we’re likely going to spend it anyway – so why not choose to support responsible vendors? This seems like a no-brainer, and a really good place to start. Sometimes it might cost a little bit more. But trust me, you have that money. I have that money. And as such, we have an opportunity to choose products that don’t just make the rich richer. Let’s support companies with a conscience.

Fair Trade USA, I was so grateful to be included in this trip. Thank you… from the bottom… of my heart.