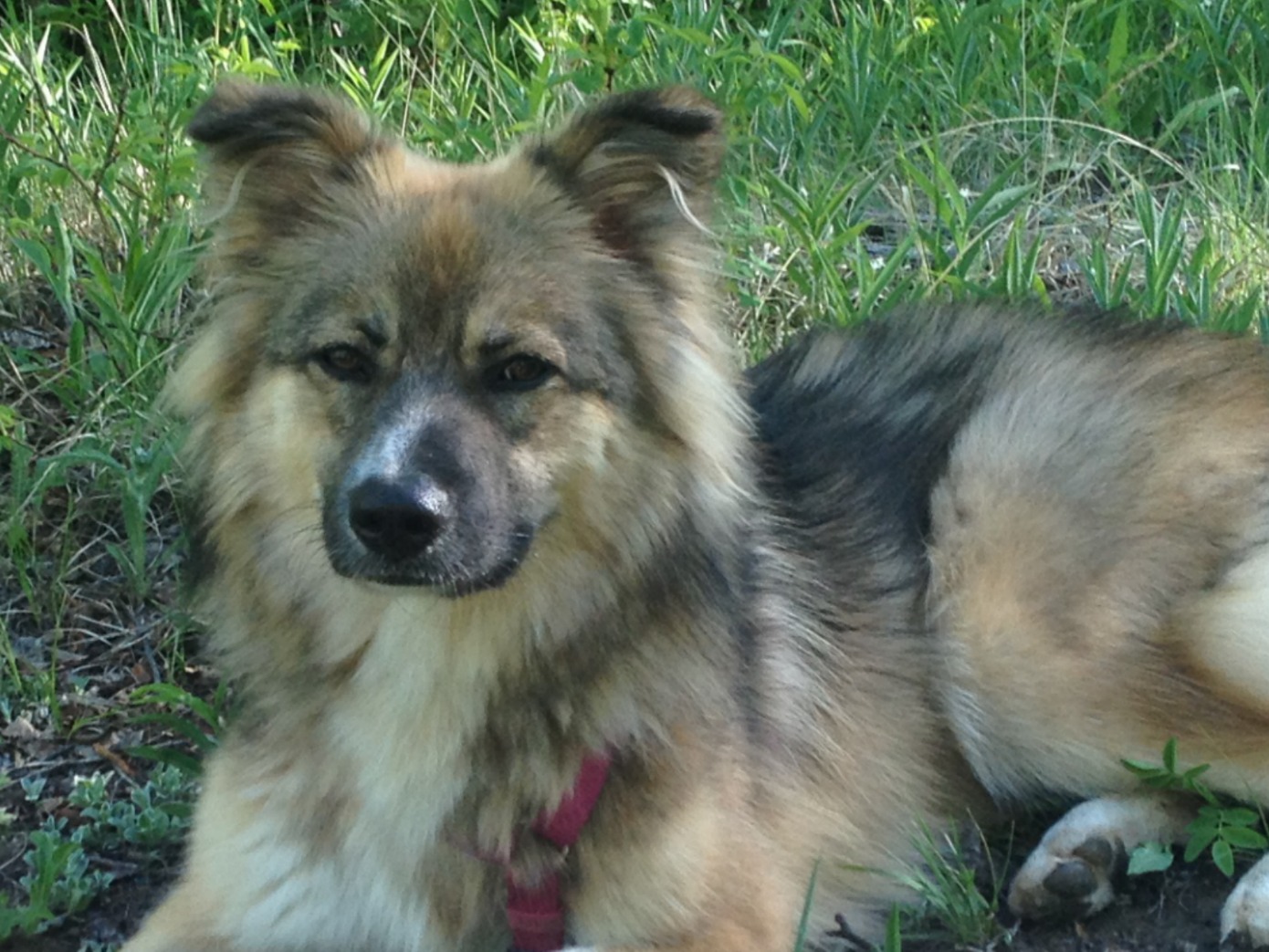 Last night at 10pm, I walked Foxy the block to Jefferson Park.

Even in the dark by myself, I feel safe in the park. It’s the hub of the neighborhood, home to big family barbecues and outdoor movie nights and workout boot camps, and late at night is the only time I feel safe letting her run (because remember?).

When we showed up last night, three college boys were tossing a light-up Frisbee, which was terrifying to Foxy and she ran wide circles around them. Whenever the glowing disc would hit the ground close to her, she would bow, barking ferociously, but never get close enough to investigate.

Eventually, I sat down on the hillside and called her over to me, talking to her like she understood what I was saying. “Fox, that’s just a Frisbee. You’ve never seen one before! I know, it’s verrrrry scary.” She sat right beside me in the dark, following the saucer with her eyes, and l scratched her ears. As I continued to talk to her, she leaned her body into mine and nosed her way under my arm until she was completely encircled.

We sat there in the darkness, leaned up against each other, each taking comfort in the others’ presence, and I thought, “I am so thankful for this dog.” I may have gotten this pup from a rescue, but I’m learning that rescue runs both ways.