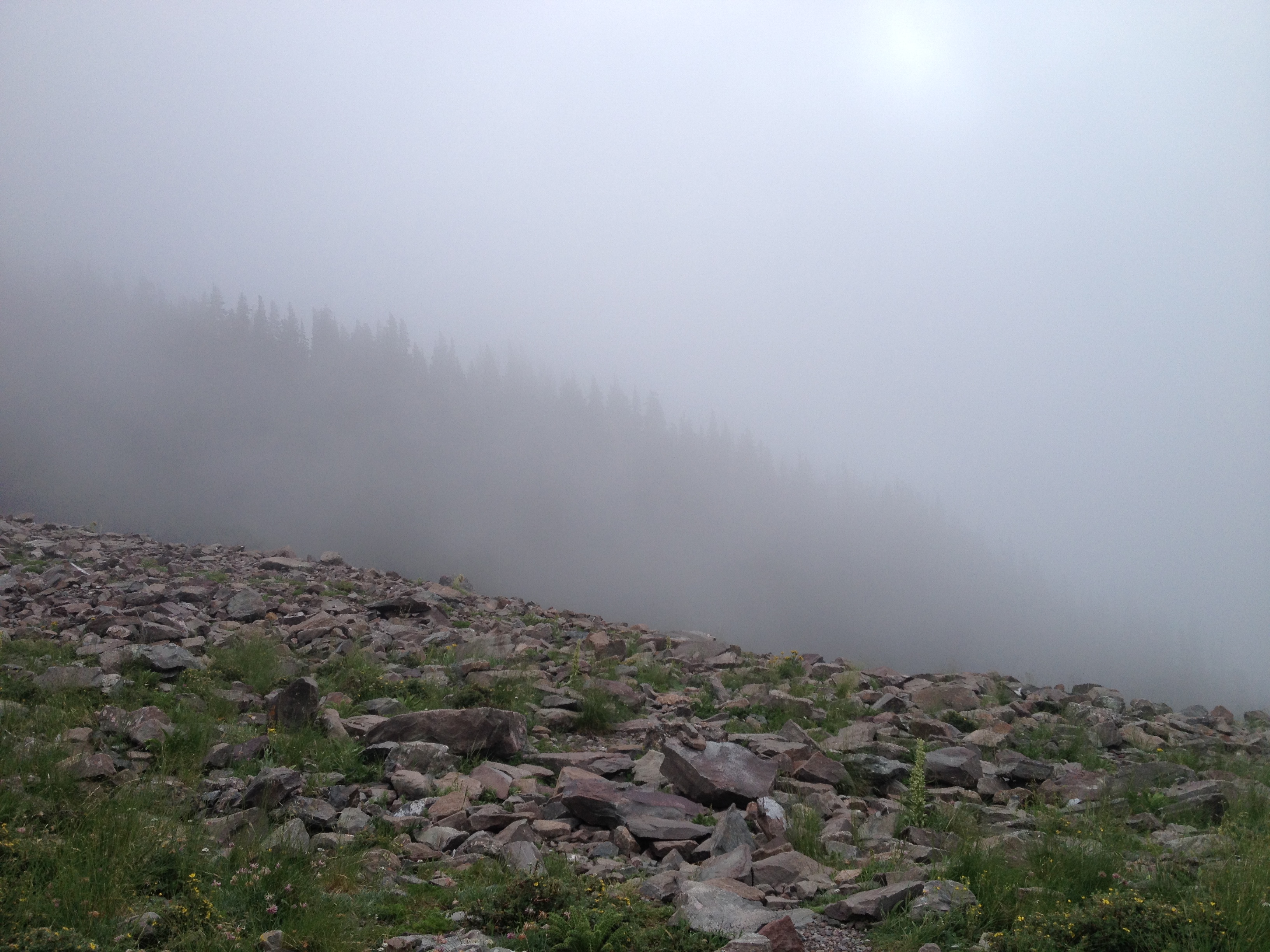 This morning, I set out to try to climb Humboldt Peak, the mountain that thwarted me last September. I’ll just go ahead and tell you that I didn’t make it to the top – because this is actually a story about something different.

In the trail description, the guidebooks said that a high-clearance, 4WD vehicle is necessary to get to the trailhead, and that if you’re not in the appropriate car, just park at the bottom of the road and hike up. Now, my Subaru Forester is far from being high-clearance, but I figured that it was worth a shot – because who wants to spend a bunch of time walking multiple miles up a rocky road?

Dumb idea. I made it about half a mile before the road got too rough for Subaruthless – and if I didn’t want to high-center my car on a boulder, I knew that I couldn’t go any further. Despite all of the signs along the road that said “PRIVATE PROPERTY” “NO TRESPASSING” and “NO PARKING,” I pulled over.

“Does anyone really enforce those signs?” I thought. “Doubtful.”

I threw on my emergency brake, placed some big rocks behind each tire to keep the car from rolling down the mountain, and Foxy and I took off for the summit.

Fast-forward a few hours. We were 5 miles in and just crossing tree line when the dark clouds got the best of my nerve, and I decided to turn around – because I have a strict No Death by Lightning policy. As we headed down the trail, I started to think, “I hope my car is okay…” but was distracted by Foxy leaping into the air and catching a QUAIL in mid-flight.

And then before my very eyes, my sweet pooch shook a wild bird to death.

She opened her jaws and the lifeless fowl dropped to the ground.

I can’t decide which I’m more shocked about: that I witnessed my dearest companion’s first blood, or that she obeyed “drop it” on first command.

By now, the rain was starting to come down in sheets. I pulled on my Patagonia jacket and we high-tailed it for the car –

In all of the excitement over witnessing an actual murder, I had forgotten that my car was parked illegally on the side of a mountain road. “Surely they wouldn’t tow it…” I thought. “But there might be a ticket?”

You can imagine my relief when my Subaru came into view – and without a backwoods rancher with a shotgun alongside waiting to greet me. The rain was pouring, Foxy was a mudball, and I knew that before anything else I would need to get the towel out of the back to dry her off. I reached for the handle to the back door, put my fingers underneath the latch to pull up, and…

I pulled my hand back toward my face and smelled my fingers.

It was feces. Of the equine variety.

I walked around to the driver’s side door to open that instead, and found the same.

Someone had packed horse poop under every door handle on my car, and smeared it on the windows for good measure.

I recoiled in horror – and then, surprise of all surprises, I giggled. Before I knew it, I was laughing hysterically in the middle of a rainstorm on the side of Humboldt Peak, drenched and muddy with a handful of horse shit. I knew that I had no right to be angry – the signs had made the rules crystal clear, and I had broken them. And the thought of a crotchety old mountain person securing their perimeter each day by applying the dung of their livestock to any offender’s vehicle… well. It was spectacular, really.

Because when it comes to Mountain Law, all’s fair in love and manure.