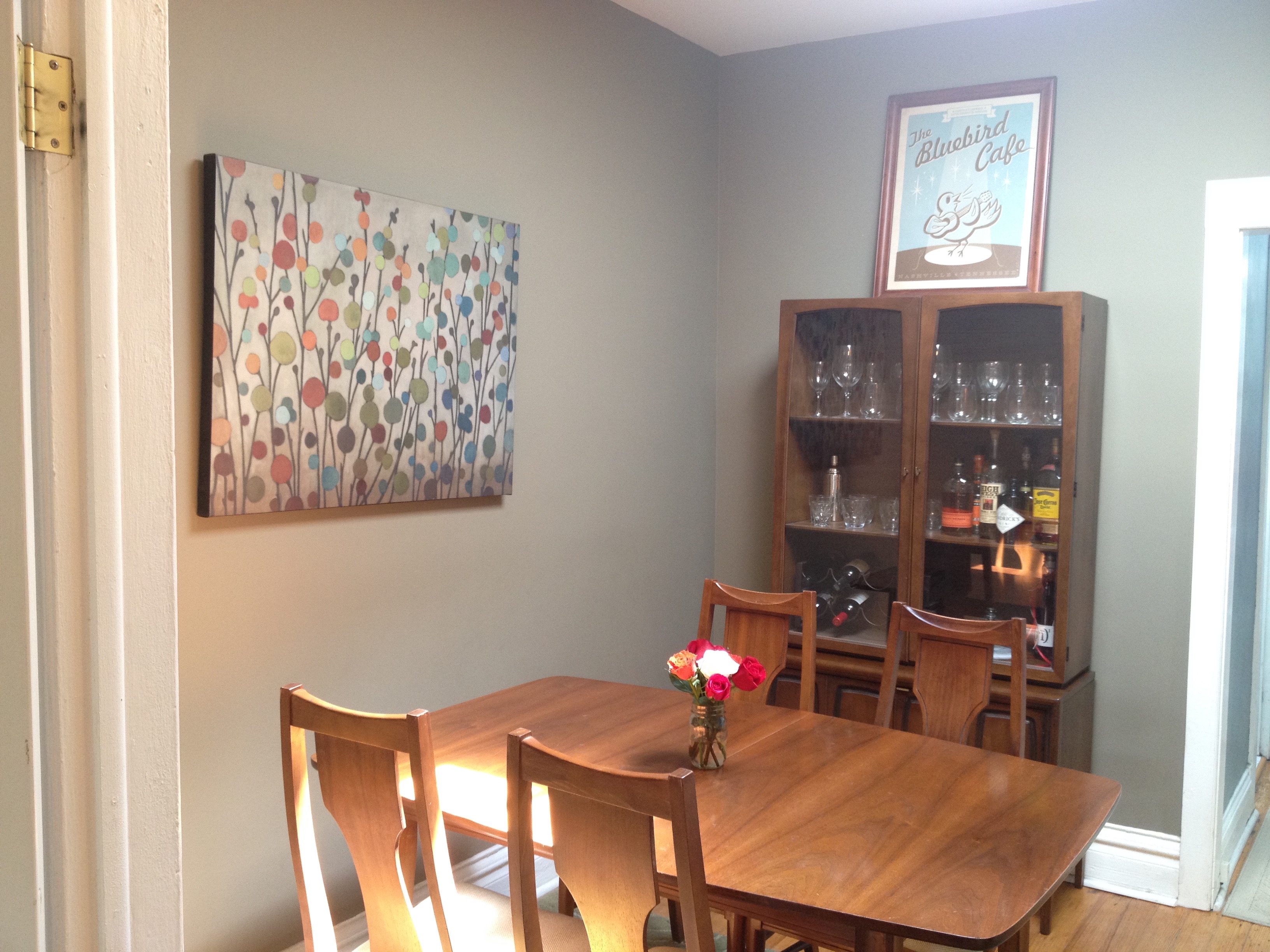 As of tonight, my house is on the market. And given all I have accomplished in the last seven days, I feel like nothing less than a freaking superhero (I call dibs on the name Trixie Firecracker).

In addition to holding down my full-time job (three more days!), I have moved 30 boxes, a bookshelf, a cabinet, and a flat screen TV to my sister’s garage, completely de-cluttered and neutralized my house, found a potential new home in Minneapolis, number crunched while comparing estimates from five different lenders, made some emotional decisions and a few rational ones, had an honest conversation with someone I care about, sent a few of the longest emails I’ve ever written in my life, flown to Portland, been stuck with acupuncture needles in a friend’s living room, attended a wedding for some favorite folks, slept in my own bed, my sister’s bed, and a hide-a-bed, deep cleaned my house, vacuumed the cobwebs off the ceiling, weed wacked the backyard, laid mulch in a flowerbed, organized the basement, and somehow managed not to eat my feelings. (Except that pulled pork mac & cheese. But it could have been so much worse.)

According to my Fitbit, my resting heart rate is generally around 57. One day last week, it was consistently 81 all day long, even when I was just sitting at my computer – a physical manifestation of the state of my emotions. Things have been BANANAS.

Speaking of bananas, I don’t really buy them anymore. Sure, I like bananas – but I never want a whole one. And when you try to save the other half for later, the open end gets mushy.

But let me tell you, I’ve learned a lot about selling a house (it is my first time, after all). And one thing I know: when it comes to strangers traipsing through your house deciding whether they’re willing to pay you some percentage of a million dollars for it, YOU STOCK YOUR DAMN FRUIT BASKET. You also adorn the tables and nooks with fresh flowers. And God forbid anyone find anything in your home that tells them what sort of a person you are: all books, pictures, toiletries, toys, trinkets, and shrines to Tim Riggins must be packed up and stowed far, far away. The potential buyers have to get the idea that your home is warm and inviting, yet still be able to envision making the space their own. Not that anyone could argue with Riggins. I adore this little Shotgun house. I’ve only been here for two years, but in that time it’s felt more like “home” than anywhere else I’ve ever lived. I’ve taken good care of it, and put as much money as I could afford into improvements: new windows, new kitchen floors, and – get excited, buyers – brand new natural gas lines! This air is safe to breathe. My favorite things about my house are the skylights, the interior brick, the original hardwoods, the high ceilings, the gas stove, the claw foot tub, the insane water pressure, and the location – good grief, the location. Less than a mile to downtown, a half mile to REI, three blocks to the football stadium, two blocks to the Platte River bike trail, one block to Jefferson Park and a B-Cycle station, and around the corner from a little French restaurant. Plus, whoever gets to live here next will surely feel my spirit lurking – and there is no price tag for that. So come and get it, folks! This house is about to fly.