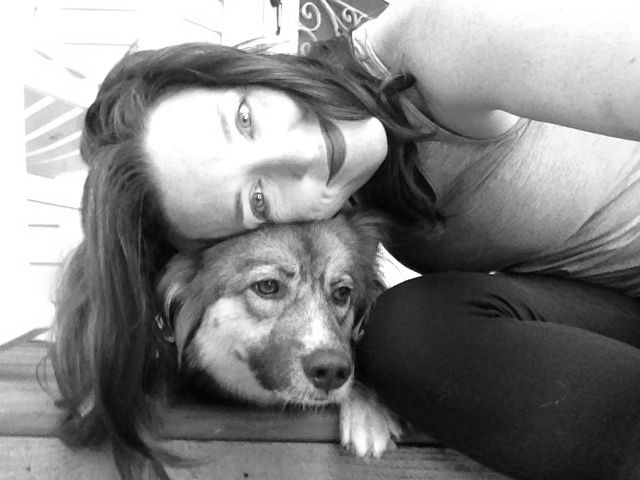 I’m almost two months into my time in Minneapolis, and a thought keeps surfacing: did I make the right decision?

Because I didn’t just move here – I moved here. I quit my job and took another one. I sold my house and bought another one. I drove everything I own across the country, moved it into a storage unit then out of a storage unit, and have spent all of August arranging it in my new abode – all of which makes me never, ever want to move again. I’ve started the long and sometimes exhausting process of making new friends. I spent thousands of dollars to make this change.

What if I shouldn’t have?

Well, I did. And because I did, it was the right decision – because now it’s my path and my story and good things are going to come out of it (along with hard things – but that’s anywhere, isn’t it?). No matter how I want to revise the past in my mind, the truth is that despite all of the goodness Colorado offered me – and there was a lot – I was restless in Denver. I felt that my season there had run its course, and that a move might fix everything that I felt was wrong with my life.

I’m sure you saw this coming: Now that I’m in a new city, new house, new job, and with new people, I’m still me. I’m still the cantankerous, overly particular, often dissatisfied curmudgeon that I’ve always been. This move did not fix me.

But that doesn’t mean that it was a mistake.

If you’re in a similar place today, second- and third-guessing a certain decision you’ve made, take it from me: you are not powerful enough to sink your life. No decision you make has the power to sink your story.

In the end, if everything turns to rubbish, we can change it. No decision is ever so final that we can’t undo it (said the girl who just moved her entire life across the country, signed away some percentage of a million dollars on a house, got a Minnesota drivers license and license plates, and bought a damn $250 DEHUMIDIFIER for her basement to keep her house from mildew-ing).

It’s the right decision because it’s what we’ve chosen. Steady on – you’re in the middle of living a really good story.

P.S. – Lest you get the idea that I hate my life right now, WORRY YE NOT. I’ll soon tell you about all of the things I am loving about Minneapolis. I’ve been here almost eight weeks, so I’m basically an expert. In the meantime, a girl has to have her feelings – so thank you for indulging me. Snuggle snuggle.