How to save money and still be fabulous 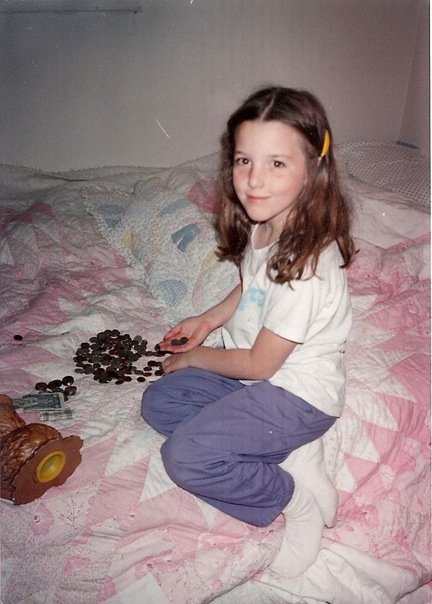 Here in Minneapolis, my financial situation is slightly different than it was in Colorado. I’ve always kept a pretty strict budget, but because of a few decisions I’ve made (with eyes wide open – none of this is coming as a surprise), these days I’m needing to batten down the hatches. And you know what? It doesn’t feel constraining.

Because this is not deprivation – it’s purposeful planning. I designate a little bit of fun money like it’s an allowance, and enjoy spending it. But it’s absolutely freeing to know where every single one of my dollars is going. By creating and sticking to a budget each month, I don’t have to worry that I’m going to overspend and not have enough. Without my initiation, several people have recently asked about the logistics of how I manage my money. Some might find that question invasive, but I LOVE PERSONAL FINANCE. Ever since I got out of debt, I’ve discovered the empowerment that is fiscal intentionality, and I am more than happy to discuss what works for me (and what doesn’t) with the people in my life.

I could share about the ins-and-outs of how I stay on track (quick version: cash envelopes – actual paper money divvied out by category), but today I just want to tell you about some of the helpful ways I’ve been cutting costs.

HAIRCUT
This week, I skipped the salon and went to the local Aveda Institute to have my hair cut by a stylist-in-training. Given that a head massage, shoulder massage, hand massage, shampoo, cut, and style was $19 and I’m used to dropping at least $60, I figured that saving $41 was worth the risk of being a guinea pig.

The short story: I got a decent haircut, and would do it again.

The other part of the story: the 23-year old cutting my hair told me about all of her dramatic Tinder dates, ending with, “It’s fine – I’m not worried about it. As long as I’m not single in my 30s.” To which I responded: WORKOUT PANTS
So many gals in my life swear by lululemon. They claim that these pants make their butts look better – and for $100, I SHOULD HOPE SO.

I admit, I don’t own a single pair of these pants – and maybe if I did, I would join the throngs of believers. But while my friends DO look awesome, here’s my thinking: if you don’t like the way your butt looks, no pair of skintight yoga pants is going to change that. All workout leggings are going to slurp onto your body like a fish sucking on algae, lululemon or not, great booty or not.

With that in mind, I recently bought a pair of black yoga pants at Costco for $16, and they’re my favorite of any pair I’ve owned. Voila – there’s $84 back in my bank account!

[Word to the wise: when at Costco, avoid Snappers and Toasted Coconut Cashews. They are crack and you will never stop eating. This will not bode well for your new workout pants.]

HOMEMADE CHIPOTLE
Chipotle makes me happy when skies are grey. But each $7 starts to add up. Given that it’s the simplest meal of any fast food (actually, I believe they’re calling it “fast casual”), I’ve started making my own.

I cook several chicken breasts in the CrockPot – just chicken stock and fajita seasoning. When it’s finished, I throw the meat it in the food processor for a few quick pulses, and there’s my shredded chicken.

Then I sauté bell peppers and onions in one pan, and simmer black beans and corn in another. A bag of microwavable brown rice later, and I have everything I need for a delicious burrito bowl. I can usually get six meals out of this.

CURB THE DRINKING
I recently found myself drinking a little more than I felt good about – as in, not thinking twice about drinking wine with dinner more nights than not. Not a huge deal, I guess, and it wasn’t exactly interfering with my life or anything – but a couple of bottles of wine a week is basically tossing away $100/month.

So now I’m sticking to the “no drinking on weeknights” rule – which is probably how it should be anyway. Instead, I drink half a La Croix a night, and save the other half in the fridge for the next night. It’s flat by the time I get around to drinking the second half, but whatever. I have a Benjamin in my pocket.

BUNNY EARS
I don’t have cable. I have ABC, CBS, PBS, and FOX.

NO CREDIT CARD
I don’t spend money I don’t have. This one always seems to strike people as the most radical, because what about the points? – but points don’t pay the bills, folks. Money is finite, we can’t spend whatever we want, and to only use the money I have just makes a lot of sense.

Being intentional about my spending is allowing me to pay all of my bills each month, save for retirement, set money aside in savings, and prepare for car repairs, Foxy emergencies, and that stretch of April/May/June when half my family has birthdays – all the while living in a little house that I adore. I even allow myself the occasional latté and pedicure – out of the “Personal Care” envelope, of course.

If you have any ways you’ve figured out to be thrifty, I’d love to hear them. Together, we can save money.