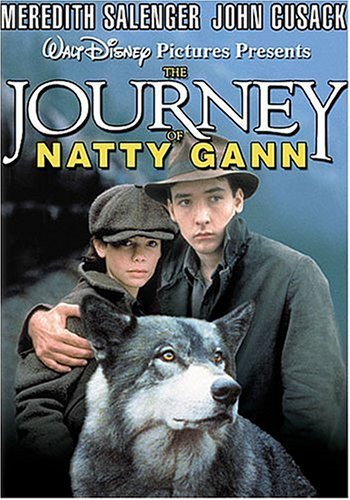 When I was a little girl, there were a couple of movies that I watched over and over again. All of them were taped straight off TV – back when Sunday nights meant family movies on ABC, back when VCR’s had the pop-up compartment for the videotape, back when we lived in San Jose, CA.

I knew – and still know – every word (dialogue and lyric), every dance, and every nuance to “The Sound of Music.” I watched some portion of it every single day from age 4-6. I also obsessed over “Annie”; how could I not? I thought the idea of being an orphan was romantic (sorry, Mom and Dad), and the opening song, “Maybe,” remains one of my favorite melodies to this day.

And then there was a 1985 Disney film called “The Journey of Natty Gann.” I have not watched it since probably 1989, and had totally forgotten about it until about a month ago. As soon as I thought of it, I added it to my Netflix queue, and finally re-watched it last night.

I never realized how formative this movie was for me. Natty Gann is a twelve-year old Depression era girl whose single-parent father leaves her behind in Chicago while he goes to Washington State to look for work in the timber industry. Natty runs away from the guardian she was left with to follow Dad. She befriends and is befriended by a wolf that has been abused in dog fights, hops a freight train west, and is presumed dead when her wallet is found after the train crashes. Dad gets bitter and endangers himself in his new job. Meanwhile Natty has a series of adventures and mis-adventures in various farmhouses, police stations, hobo camps, reform schools, and boxcars.

Natty Gann’s sense of adventure, fear, courage, longing for home, and love for dogs convinces me that I absorbed so much from this movie. I only wish that John Cusack had been my first kiss.

A couple of things that struck me, this time around:

See – now you HAVE to watch it. It’s so exciting!

Go back and watch a movie that you haven’t seen since early childhood. I’m convinced that you’ll be struck with something – something deep inside of you, something formative, something that you never realized had a source.

I mean, honestly. Why else would I have a secret-yet-unsquelchable desire to name my firstborn “Fievel”?