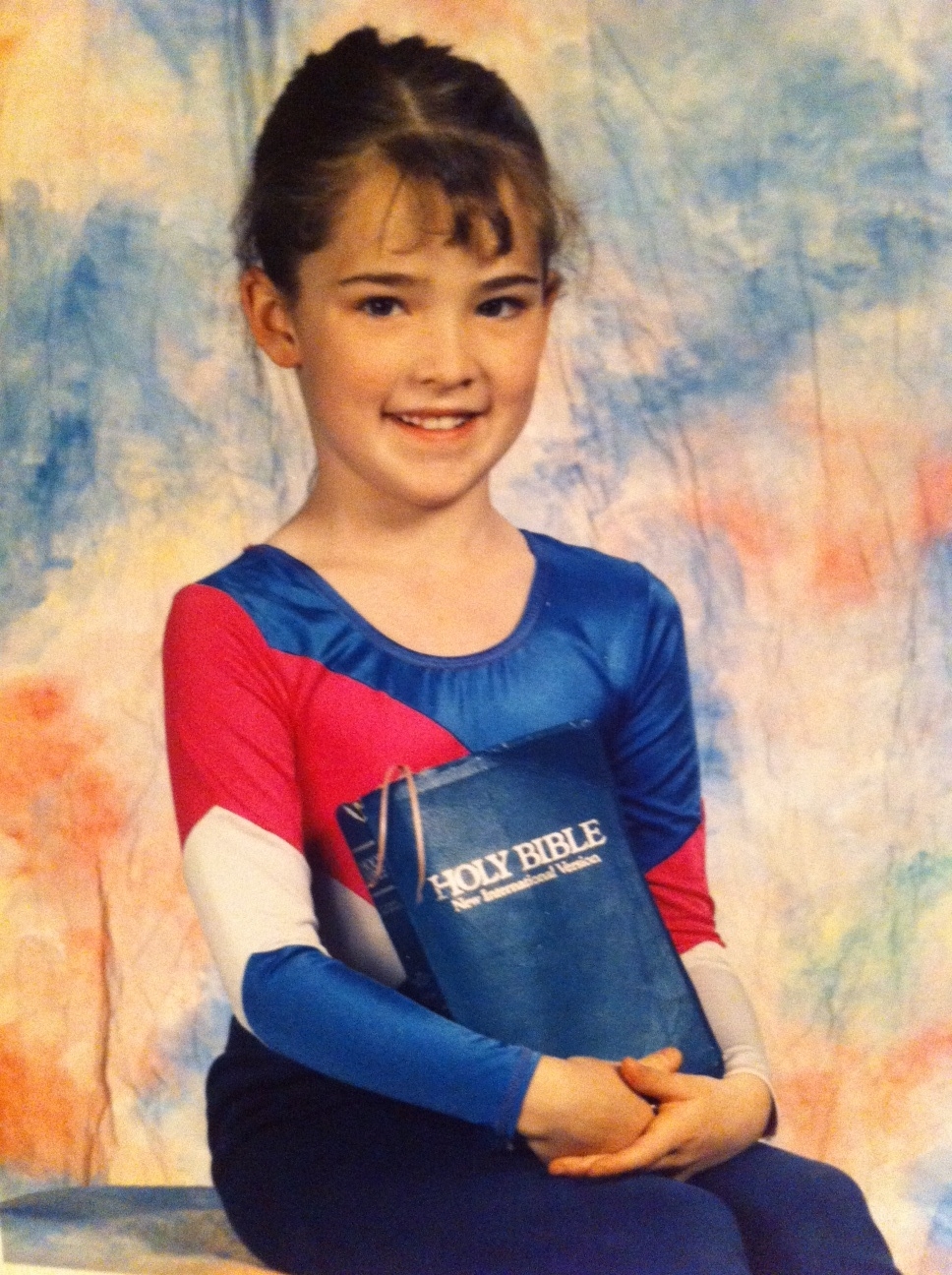 All I’m saying is that life has been busy and full, and it doesn’t show signs of slowing down anytime soon.  So maybe it’s less like “Unstoppable,” and more like the bus in “Speed.”  And I’m Sandra Bullock, somehow, so far, successfully navigating my way through a complicated network of roads, and thinking that I ran over a baby, but it wound up just being a baby carriage full of pop cans, and for the moment, we’re all just catching our breath.

First of all, I have news.  The Hooker House has a new addition: Becca and I have a new roommate.  She has moved into the room that used to be my home office, and if you’ve known the Parsons for any length of time, then there’s a chance you know her, too.

Her name is Hannah, and here she is as a child. I know.  Things are about to get really good.

In other news, I’ve barely been sleeping in my own bed.  After six days at Sundance in Utah, I spent the first half of this week in Minneapolis for work.  This morning, I was supposed to fly to Seattle for a dear friend’s wedding, but Denver’s heavy blanket of snow canceled the flight.  I was rescheduled for an afternoon flight, but just got the call that they canceled that, too.

I’ve switched to cash envelopes.  Dave Ramsey is really proud of me right now.  (Sidenote: I talk about Dave Ramsey like he’s a real person.  Yes, I KNOW that he’s a real person – but he doesn’t know who I am.  I talk about him like we have a personal relationship, and I imagine his reaction to all of my financial choices, sort of like when I was a kid and I imagined the various reactions to everything that I did by all seven members of the Baby-Sitters Club.  Mark my words: one day, when I’m debt free, Dave Ramsey will know who I am.  Oh yes.  He will know.)

I’m sure you’ve seen this video.  But I just have to make a point of saying that I have watched it over and over, and think it’s the greatest ever.  Dang, I miss “Veronica Mars.”

And now, it’s time to figure out what my Friday is going to look like.  If it’s not going to include a trip to Seattle, then I’m sure it will consist of exciting things like “going to the gym” and “cleaning the kitchen” and “swinging by the dry cleaners.”  A little bit of snow has never scared Subaruthless.