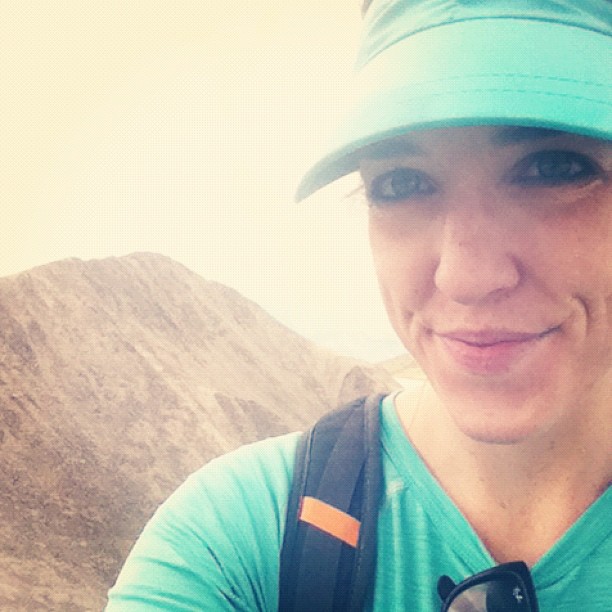 As some of you may know, I’ve spent the past few summers climbing as many 14ers (mountains over 14,000’ high) as I can.  There are 54 in Colorado, and while I’m not sure that I have a goal of climbing every single one of them, I love the challenge and adventure that each one brings.

As of Friday night, I had climbed 26 14ers – just one away from having bagged half of the total 54.  I really wanted to make it past the halfway point, so I planned to climb two mountains on Saturday, Shavano and Tabeguache.  These mountains are just outside of Salida, which is a good distance from Denver, so I was driving by 4:30am in order to hit the trailhead by 7:30 or so – which already felt like a late start, but the best that I could do.

The 3-hour drive was uneventful, and I psyched myself up for a long day of hiking.  But when I finally pulled up at the trailhead, I was met with a gigantic sign: “NO TRESPASSING. VIOLATORS WILL BE PROSECUTED.”

I was crushed.  Ever a rule-follower, I didn’t dare take that trail – because it would be just my luck to be met by a man with a shotgun, or worse, a man with a banjo.

Defeated, I thought, “I should just drive back to Denver.”

But then I thought of how much money I had spent on gas, and how I’d eaten a gigantic piece of banana bread and needed to burn it off, and how much I wanted to check another mountain off of my list – and I decided not to give up just yet.  I pulled out my 14ers book and searched for another path up the peaks, and when I found one that looked promising, I drove 30 minutes around the mountain to a different trailhead.

By this time, it was after 8am, and the sun was high and bright.  As one with a healthy fear of afternoon storms above tree-line, I had some reservations about starting so late.  “What if I get struck by lightning?” I thought.  “Who would take care of Toad?  Who would water my basil?  I should just go home.”

But again, that slice of banana bread taunted me.  As is the case with so many of my decisions, if nothing else, I needed to burn some calories.  So I decided to start hiking and just see how far I could go before it got too late in the day.  Maybe I would make it to the top of the first peak – maybe – but I tossed aside any illusions of being able to climb both.

I wound up making great time (fine: I tore up the trail, passing every grown man in my path, and felt a little bit smug about it), and was at the top of Shavano in less than 3 hours.  That alone felt like a victory – I had climbed my 27th 14er, and was halfway to 54.  I could go back to the car and feel decent about my efforts.  I texted my dad and told him that I was at the top of Shavano, and was done for the day.  I strapped on my pack, and turned back the way that I came.

But then I looked over at Tabeguache.

It was so close – only a mile away – and yet so, so far.  To reach the summit, I would have to climb all the way down Shavano, and then all the way up Tabeguache – and then I would have to turn around and re-climb Shavano in order to get back to the car.  That would make for three summits in a day.  I didn’t know if I had it in me, but…

Even when you’re positive you know how something is going to turn out, maybe you should try it anyway.  Maybe instead of turning around, you should keep going.  Maybe you should risk a little rain just to see how far you can make it, just to see if you can outrun the lightning, just to see what it feels like to surprise yourself.