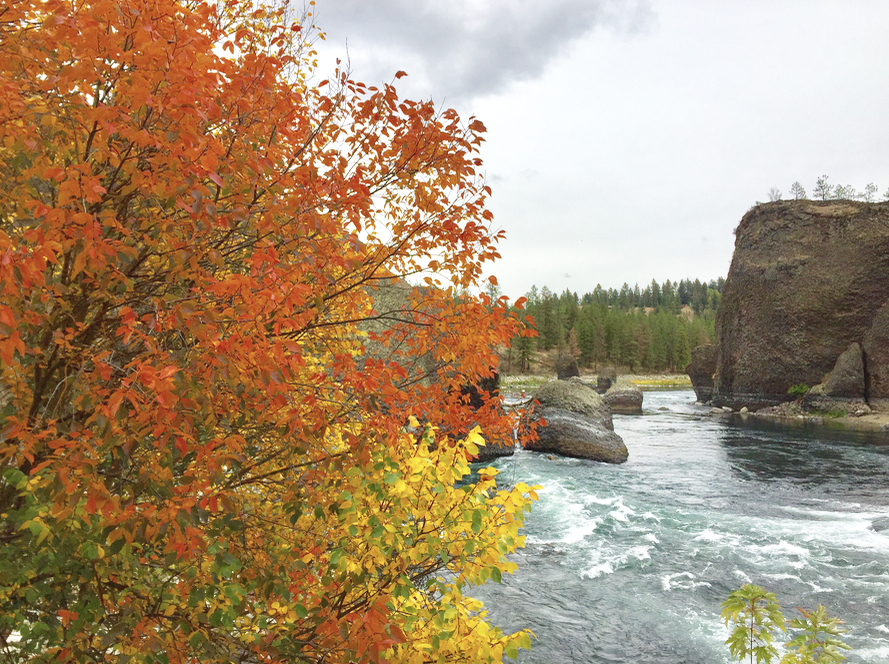 I’m in the Pacific Northwest where the leaves are the color of sweet potatoes, the color of pumpkins. After a long, brutal summer, it’s as if all of nature is conspiring to remind me that it’s time for a new season. Madeline L’Engle says, “Until I can mourn the loss of a dream, I cannot be comforted enough to have vision for a fresh one,” and she’s right. When life drops out from beneath your feet, there is no getting back to business as usual. The past several months have been saturated with emptiness, and for a while there, I was passing my days like a ghost. People have asked, “So what do you think you’ll do next?” but there has been no way to answer. Mourning the loss of a dream can be all consuming — and for one who historically has been relatively strong, I’ll be honest: the experience came as a shock.

But like C.S. Lewis says, “Crying is all right in its way while it lasts. But you have to stop sooner or later, and then you still have to decide what to do.”

As I lay my options on the table, I realize that I am lucky to have so many. I am rich in opportunities, possibilities, and most of all, relationships; if I’ve learned anything through what happened, it’s that my people are fierce, loyal, and will show up and show out on my behalf. While I still don’t have a clear vision for my future, I am starting to remember what it feels like to be me — which is to say that I am loved. What more could I ask for, really?

When dashed against the rocks and cast adrift from all that once seemed so solid, it’s tempting to want to cling to pieces of the life I had before. I’m like Jack from Lost, yelling after Kate, “We have to go back!” but there is no going back. There is no resuscitation of what once was. The only hope for a way forward is resurrection — and unfortunately, the obvious prerequisite for resurrection is… death.

I recently read Jonathan Martin’s How to Survive a Shipwreck, and perhaps not-so-ironically, it was a life raft for my stunned and battered heart. This passage jumped off the page and grabbed me:

“Coming to the end of anything — the end of an era, the end of a relationship, the end of ourselves — is so horribly frightening when you are on the front side of resurrection… But I would encourage you, softly and gently, to consider carefully anything in your life that is half-dead — existing on a ventilator. And to at least be open to the possibility that it could be time to unplug the ventilator. Not as an act of cowardice or an act of resignation, but as an act of bold, courageous faith — putting all your weight down on the hope of resurrection. What looks like resignation may be the ultimate act of faith, the supreme expression of trust. And what you are keeping on life support may be exactly the thing that is keeping you from the wonder and terror of new life.”

I have been opting for resuscitation over resurrection, but there is no life for me there anymore. A new season is waiting — and I’m feeling just audacious enough to believe it.

The blaze of autumn leaves will soon be dead on the ground. But in their falling, space is being made for new life. It’s the most achingly beautiful thing I can think of.