The hem of the Lord 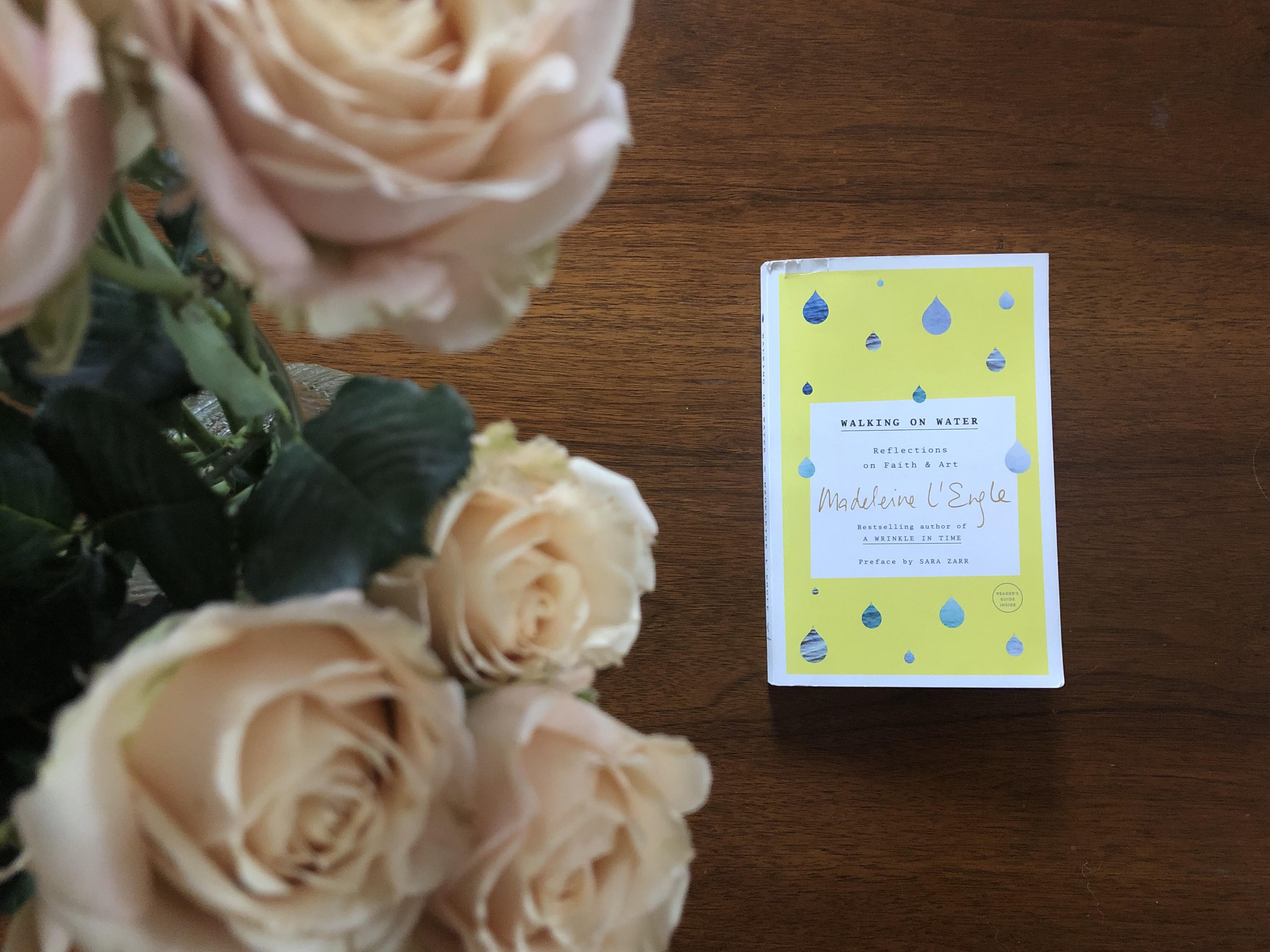 Last year, I took part in Lore Wilbert’s amazing Writing Mentorship program. She just announced that she’ll be hosting another round beginning March 8. As I reflect on 2018, which was for me a ferociously difficult year, I recognize this course as having been a pivotal part of my healing process, not to mention some of the best creative exercise I’ve ever experienced. My muscles grew stronger. My stamina increased. And my perspective – on writing, on God, on my role as a communicator – shifted in profound ways.

If you want to buckle down and really grow as a writer, this course would be worth your time, energy, and discipline. Lore is a beautiful soul, tremendously gifted, a gracious yet rigorous guide; anyone who has a chance to learn from her has hit the jackpot. The application is open until February 17. Go get it, friends.

This feels like a good time to share the first short essay I wrote as a part of Lore’s course. I wrote it after reading Madeleine L’Engle’s Walking On Water, a book I had once read at 18 but didn’t remember at all. Reading it again at age 35 changed me.

And rereading my essay today, nearly a year after I wrote it, takes me back to that time in my life. As painful as it is to relive what was then my reality, I am so grateful I took the time to capture it with words, if for no other reason than to realize that the callous actions of another do not get the final word in my story. What once felt like the end was really just a new beginning, and I’m still here.

The Hem of the Lord

“It is the ability to choose which makes us human,” Madeleine L’Engle says. In the past year, I’ve been confronted with this hard truth — for just as easily as you can choose to love someone, he can choose to walk away.

Freedom is, indeed, a terrible gift. In granting us the dignity and adventure of being co-creators of our lives, God also allows us the potential for mistakes, for pain, for failure. And when it all goes wrong, or seemingly wrong, it’s enough to make one want to limit her world to what she can control.

This impulse has certainly been true for me. In these raw days, I yearn for safety. I find myself tempted to engage with writing as nothing more than emotional masturbation, a solo act of quick release that feels good in the moment but ultimately has nowhere to connect. By writing from a place of riskless isolation, I remain in control — but I miss out on the vulnerable, valuable communion with the reader and, most importantly, with God himself. As Madeleine says, “The only way we can brush against the hem of the Lord or hope to be a part of the creative process is to have the courage, the faith, to abandon control.”

I was not in control of the sky that night. Winter on the northern prairie is full of biting beauty often in the form of wild, frigid sunsets so vivid, they make any lucky witness gasp. On this particular evening, the western sky blazed to the point I half expected it to crackle. A divine fire swept the horizon, surges of untamed, riotous color left in its path.

And my first instinct was to pull out my phone to take a picture.

My eyes fell to the line where heaven meets earth, the sun a blood orange eruption. Just above it the shade relaxed into bright mango, then a sorbet swirl, peach and palomino. Next came the peculiar fade of yellow-grey, seemingly opposite hues, yet combined so closely I couldn’t distinguish one from the other. Then lavender, periwinkle, cobalt, and finally, night itself.

The hem of the Lord, indeed.

I did not take the picture. In releasing the moment, it became mine. In becoming mine, it has now become ours.

I am no stranger to the ache; I don’t know that anyone is. We were created for connection, and the loss of a significant relationship is worthy of our grief. With tears burning, I lift my chin to the sky and pray what is half demand, half request: “I’m not meant to be alone.”

And in the place of deep knowing, I hear him respond, gentle and loving, with a smile in his voice. “No, you are not.”