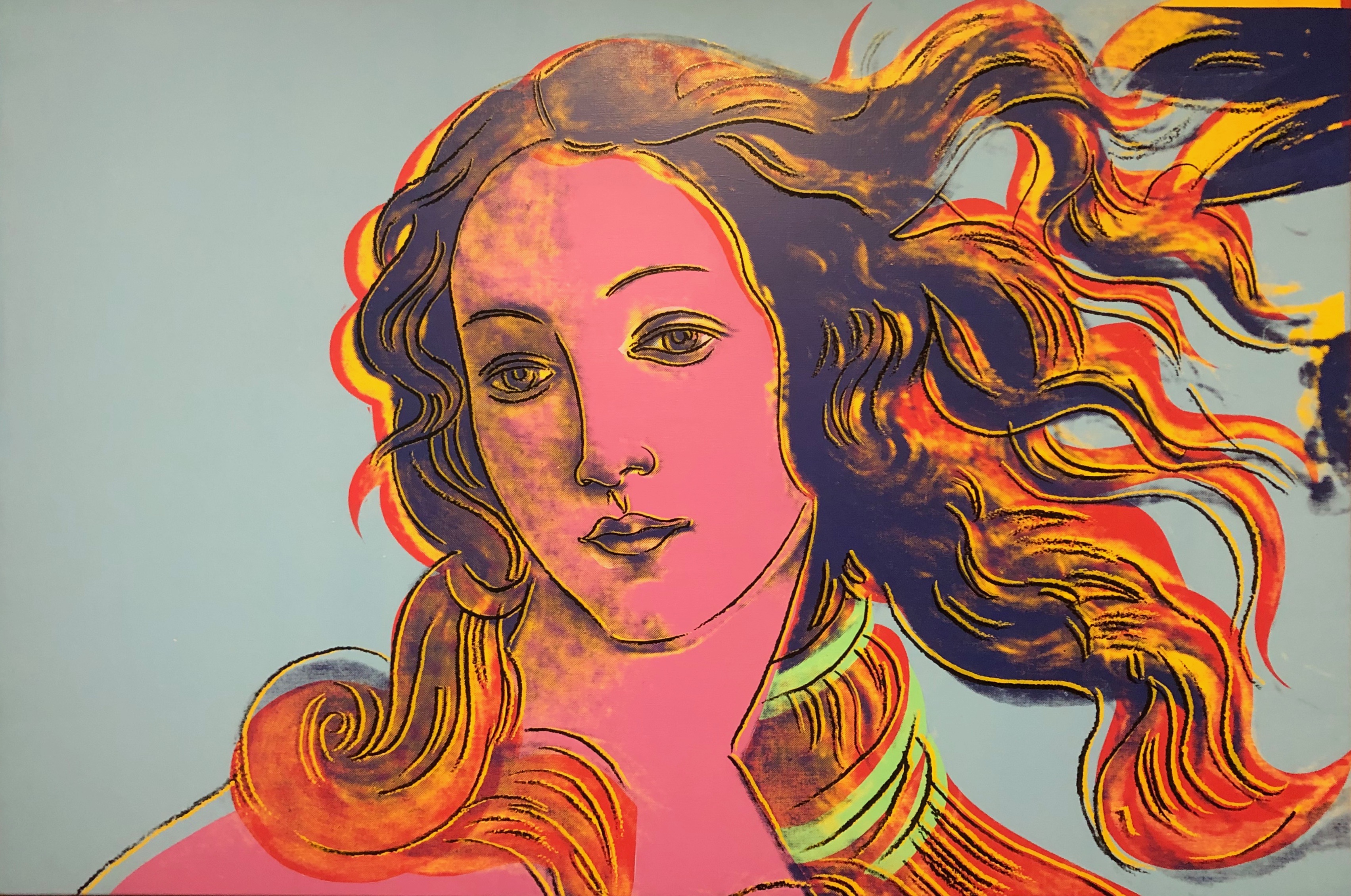 It’s easy to think that creativity must equal utter originality; after all, this is how the world usually spins it to us. The ones known as “artists” are the ones who magically conjure up something entirely new seemingly out of thin air – which is why I never understood the whole Andy Warhol thing. So much of his best known work is based off of the art of others, whether a photograph, a painting, or just a soup can. Why has he been elevated as one of the greats? Was he actually “creative” at all?

After visiting the Andy Warhol Museum today in Pittsburgh, I’m here to say YES – a bit late to the belief, I admit, but I’m here now and I’m here to stay. Yes, what Andy Warhol did was creative. He was inventive and visionary. The fact that he borrowed from others was not his disqualification; rather, it’s what made his work so compelling, because Andy Warhol wasn’t afraid to like what other artists made.

This is a rare and shocking stance in today’s world, where everybody wants to be seen as an original. The internet has made it easier than ever to share our creative endeavors, whether words, songs, images, or art, but it’s also made it easier than ever to borrow without attribution. We see it all the time – entire paragraphs lifted nearly word for word, as if they were one’s own. Passing off ideas from podcasts or sermons or even tweets as one’s fresh thoughts. Legal battles have been fought over whether or not a songwriter drew from someone else’s earlier song. We as a society hesitate to give credit where credit is due, because we’d rather get the glory.

But Andy? Andy was a bold fan, saying, “Pop art is about liking things.” Apparently he ate Campbell’s Soup every day for 20 years, and at some point parlayed his culinary (or lack of culinary?) inclinations into some of the most recognizable art we have today. Same thing with Marilyn Monroe. He took a widely recognized image from a publicity shoot for the 1952 movie Niagara, then put his own spin on it.

One of the main rules in improv comedy is the idea of “Yes, and…” An improv participant must accept the idea or scenario presented by their partner (“yes”), then expand upon it (“and”). This volley back and forth has the potential to create new possibilities, each one building on the last, each one impossible without what came before. This is creativity, just as much as coming up with an original idea would be. (I could get into whether or not there actually is such a thing as a truly “original” idea, but time is short and I need to get to a baseball game.)

My favorite exhibit I saw today was Warhol’s take on Renaissance painter Sandro Botticelli’s Birth of Venus (see it here). The original was painted in 1482, and Warhol’s beauties in 1984. He took Venus’s face, but overlaid the lines with his signature Pop palette of colors, a “yes, and…” that made my jaw drop.