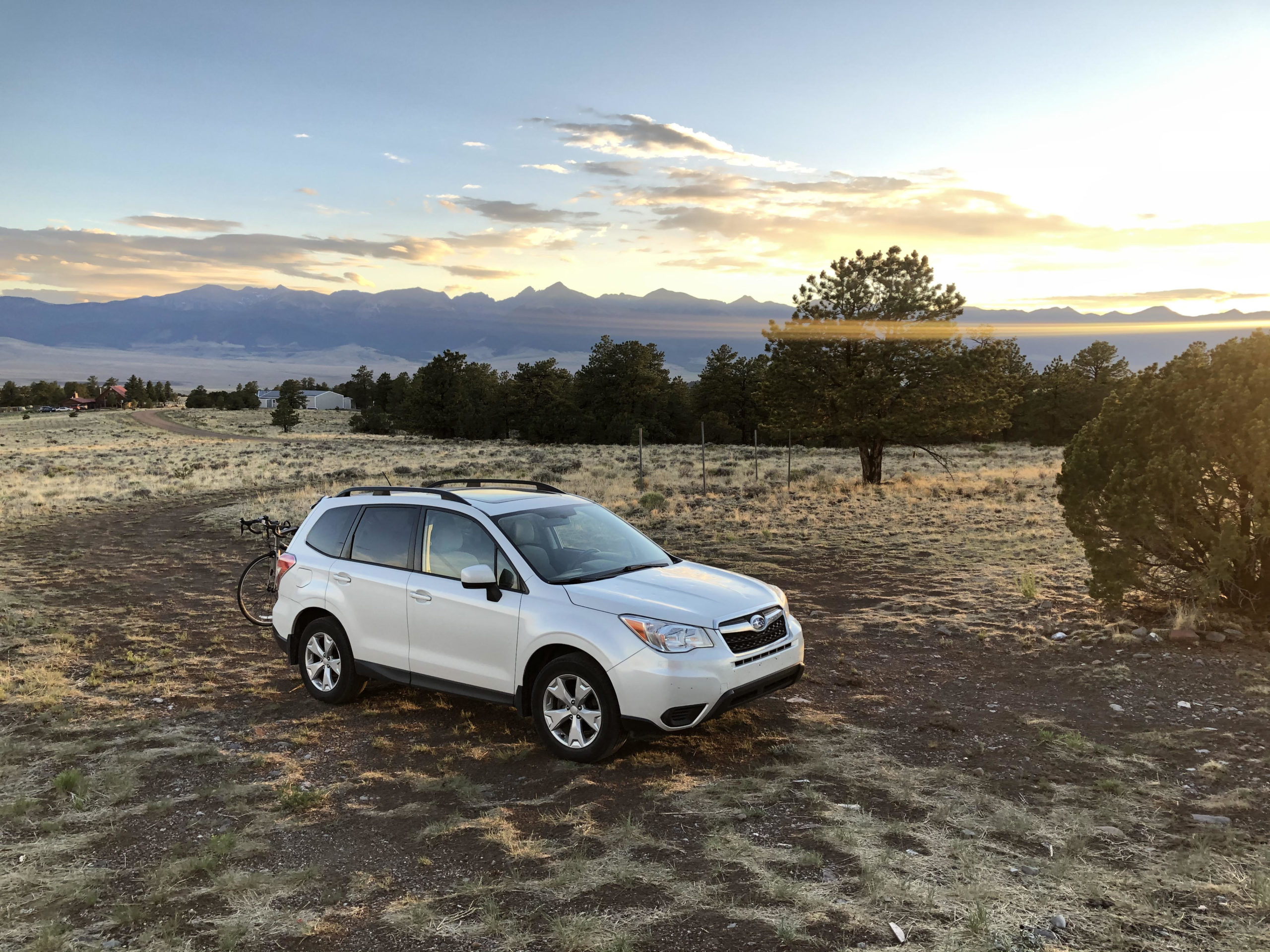 [I just found this as a draft in a forgotten file. Without any edits, I thought I’d share it today.]

I throw the car from sixth gear down to fourth; there is no time for fifth. The engine revs, then catches and begins to pull, once again able to accelerate up the incline. Forty miles per hour, 45, 50. Gaining speed, I pass a late model 4Runner, large and impressive but unable to keep up with my Subaru.

I beam a silent critique to its driver: “You should’ve bought a stick-shift.”

I’ve driven a manual transmission since the day I turned 16; it’s my number one priority in a vehicle. Growing up in Colorado, I learned the value of added control on mountain roads, whether in snow or hauling up and over Vail Pass, as I’m doing today. I’ll take control wherever I can get it – because once out of the car, the mountains themselves surely do not offer it.

I didn’t used to love them. I spent my childhood with a view of the Sneffels Range in the San Juan Mountains, objectively one of the most striking horizons in the American West, yet I was ignorant to its beauty. My parents were avid outdoorsmen, and I, their sluggish spawn. My resistance to family hikes led to many a clash, most of which I won. They would head to the trail, and me, back to the basement. I preferred air conditioning.

I reach for the vent and point it at my dog, riding shotgun as always. A wild rumpus of thick fur, Foxy deserves the bulk of the cold air. She is dirty and tired, having spent the last two weeks of vacation in a state of euphoria running off-leash here in Colorado – a far cry from her current life in Tennessee: urban, hot, and humid. Sometimes I wonder if I’ve made a huge mistake in moving to Nashville, where the summer air is thick as soup and the forests hold an abundance of ticks. We’re not outside as much as we used to be back when we lived in Denver, or even when we lived in Minneapolis. I wonder who this is harder on, Foxy or me.

Because at some point, of course, I realized that I love the mountains. The build-up took a long time, but then it was sudden, like Ross and Rachel: “It’s always been you.” It’s grown into a sturdy, reliable sort of love, the kind that feels natural, obvious, the kind that makes a long drive easy – the kind I would like to someday find in human form. But could there be a man who would appreciate the silhouette of a ridge against a sky that’s about to storm? Would he be comfortable with silence? One thing’s for sure: a lot of men I meet don’t know how to drive a stick-shift.

I crest the range at Eisenhower Tunnel and begin the descent toward Denver. As I drop into the foothills, I notice the rock walls flanking the road, layers of sandstone and shale standing near vertical after a prehistoric fault shift. Nature exposes what’s under the surface; it’s true for the landscape, and it’s also true for me. Get me outside, away from responsibilities and a computer screen, and I suddenly have words for every foundational quake, every fossilized resentment, every level of subtlety in my heart.

I want to capture this clarity. I want to bottle it up and smuggle it out of the wilderness, back to my everyday life where I can drink from it daily. I want to feel alive, even when I’m disappointed, even when it hurts. Too many days are spent coasting, automatic – but I want to engage with my life the same way I do with my car.

On the other side of Denver, the road stretches long and flat. I shift into sixth, and hit the gas.